Citizenship Recognition Day in 1941 – Remembrances of Sylacauga by Ginger Clifton

With one election behind us, and a municipal run-off election next month, there is more talk about candidates and issues than action. Elections are important, and they definitely wake people up to the issues that are at stake; but these same people who are screaming the loudest may not show up to cast their ballots. The right to vote is a constitutional right, and women have only been voting a hundred years. It is a privilege to vote.

In the Avondale Sun issue of April 5, 1941, I was fascinated to read about a Citizenship Recognition Day Program to be held at Sylacauga High School to recognize and reward citizens who were new voters and to reward them with prizes donated by citizens and merchants in the community. You may have read about that program in our last issue. It was before I was born, believe that?

One of the fascinating things about that program was reading that list of prizes, recognizing the name of some old businesses and noting that the prizes really indicate how our lifestyles have progressed since then. Transportation has really advanced as I noted in recently written articles about buses and trains of long ago. I noticed that the prize donated by Crescent Stages was a round trip ticket to Birmingham and the City Bus Line donated $1.50 in bus tickets (about 15 rides). J.V. Haraleson donated a round trip train ticket to Birmingham. These were big prizes for people without cars.

Cars were much cheaper to buy then, but wages were less and not many people could afford either the car or the gas and upkeep. Hightower Motor Co. donated a $25.00 down payment on a good used car. Sylacauga Auto Parts donated $2.00 in parts. Other names you might recognize like C.L. Collins who donated two wash or grease jobs, and Sylacauga Motor Car Co. who donated a wash and grease job. S. P. Hagan and Sons offered a wash and alemite job. A new word for me, alemite means grease or lubrication. Other service stations donated gas, and the standard amount seemed to be 5 gallons of either Crown Extra, PanAm, and HC gas. Maybe some of you remember Quiggs Service Station, Clark’s Service Station, or Vinson Oil Company. Scott’s Garage contributed an oil change. City Tire contributed $2.50 in merchandise.

Some of the more unusual prizes were certainly indicative of another time. The Farmers Market, for example, would present the winner with 25 baby chicks. Southern Cotton Oil Company would present their winner with 100 lbs of cotton seed meal, and Sylacauga Fertilizer’s offering was 200 lbs of fertilizer.

Thinking back to Avondale’s Cotton Boll fabric shop, the prize of “goods for 12 dresses” would be quite a contribution. Batson’s Prescription had gender specific prizes : a box of candy for a girl or a razor and cream for a male. Several dry cleaners in the area including Dark’s, Blue Ribbon Shoe Shop and Dry Cleaners, and N.N. Hurt Dry Cleaners offered cleaning services, specifying amounts or items, like one dress, a suit, or a hat blocked. The memorable Woolworth’s, which was on the corner where Stanton’s was previously located, offered an electric table lamp, whereas Michael Supply offered one used radio. Frank House offered $1 in trade. Even individuals got in on the action with Jeff Clay being one of the more generous, donating a 30 lb turkey. S.O. White offered some books on citizenship and Al Gaut, a tie.

You may remember that I asked if anyone remembered Birdsey Flour Store, and a gentleman responded saying that he had a grandfather that worked at this store. With help from Ms. Jo and B.B. Comer Library I found that the Birdsey Four and Feed Mills was a big company out of Macon, Georgia. They began operation in 1913 and just closed on June 30, 2019, after over a century of operation and after selling to what later became ConAgra. They made stone ground meal from selected white corn and also processed wheat from local farms. They had stores in Alabama, Georgia, Florida, North and South Carolina. The address in the city directory available at the library was 913 Broadway, near Sokols.

As time draws closer to our run-off election in Sylacauga and to the Presidential race, I hope that reflecting on this simpler time of long ago has helped you to think back about days long ago and realize that it is now our turn to step up and value our country by using whatever talents or abilities we have. It is time to take seriously this matter of voting because our country stands in need of citizens who care about God upon whose name this country is founded. God commands us to show love to our neighbors, and to respect the government even when we disagree with some of its actions. “The government exists to restrain evil, promote good, and punish lawmakers and evildoers, and we are to support and obey the government unless it is in direct contrast to the laws of God. Here we need to be sure that we understand that there will always be tension between what people think are their rights and what is right according to God.” (with thanks to Tim Cox, Liberty Baptist, Chelsea, and Romans 13:1-7). God blesses law and order, kindness, and freedom. God bless the U.S.A. in Citizenship Recognition days to come in 2021. Election Day will show who’s in and who’s out. How about you? 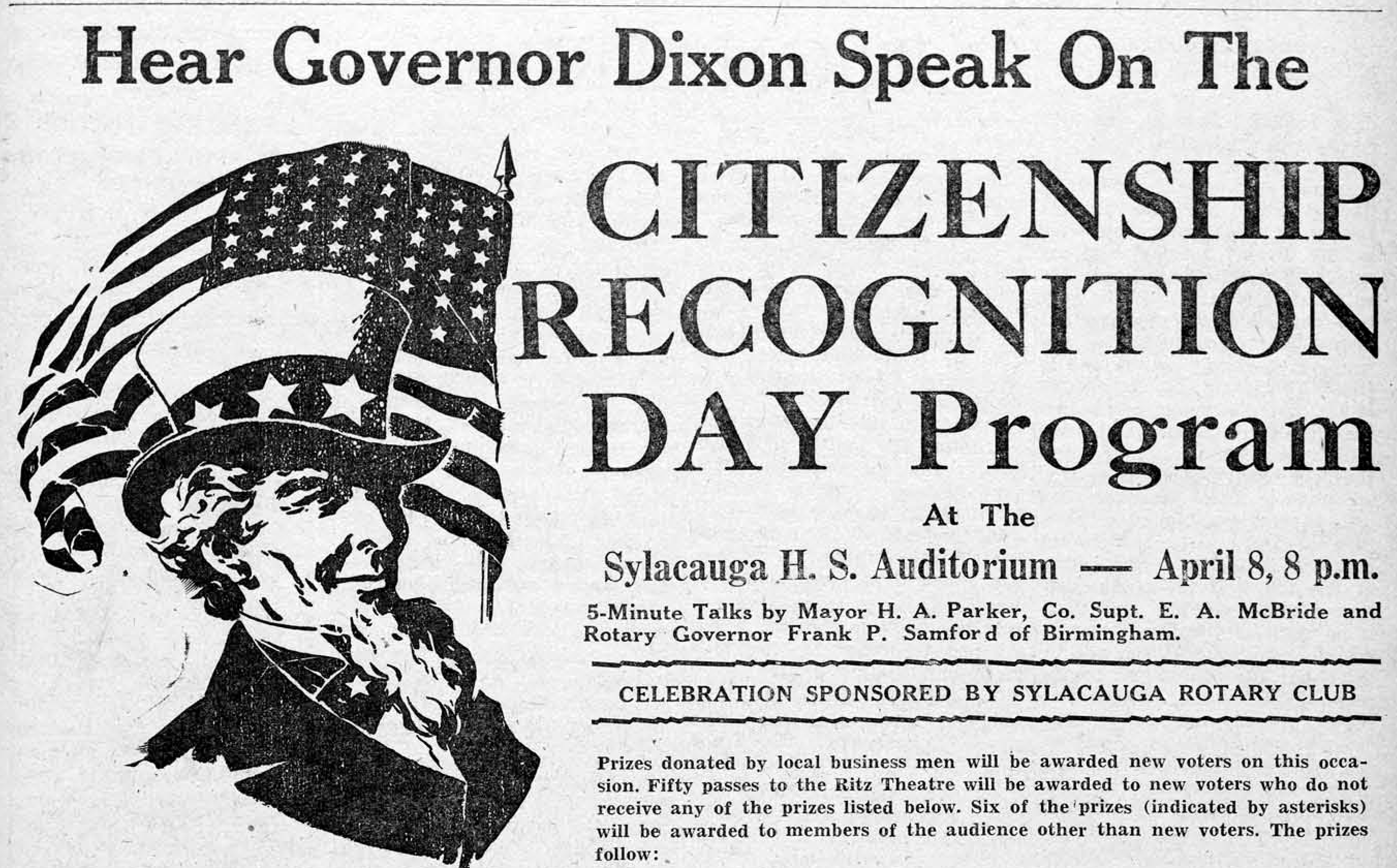 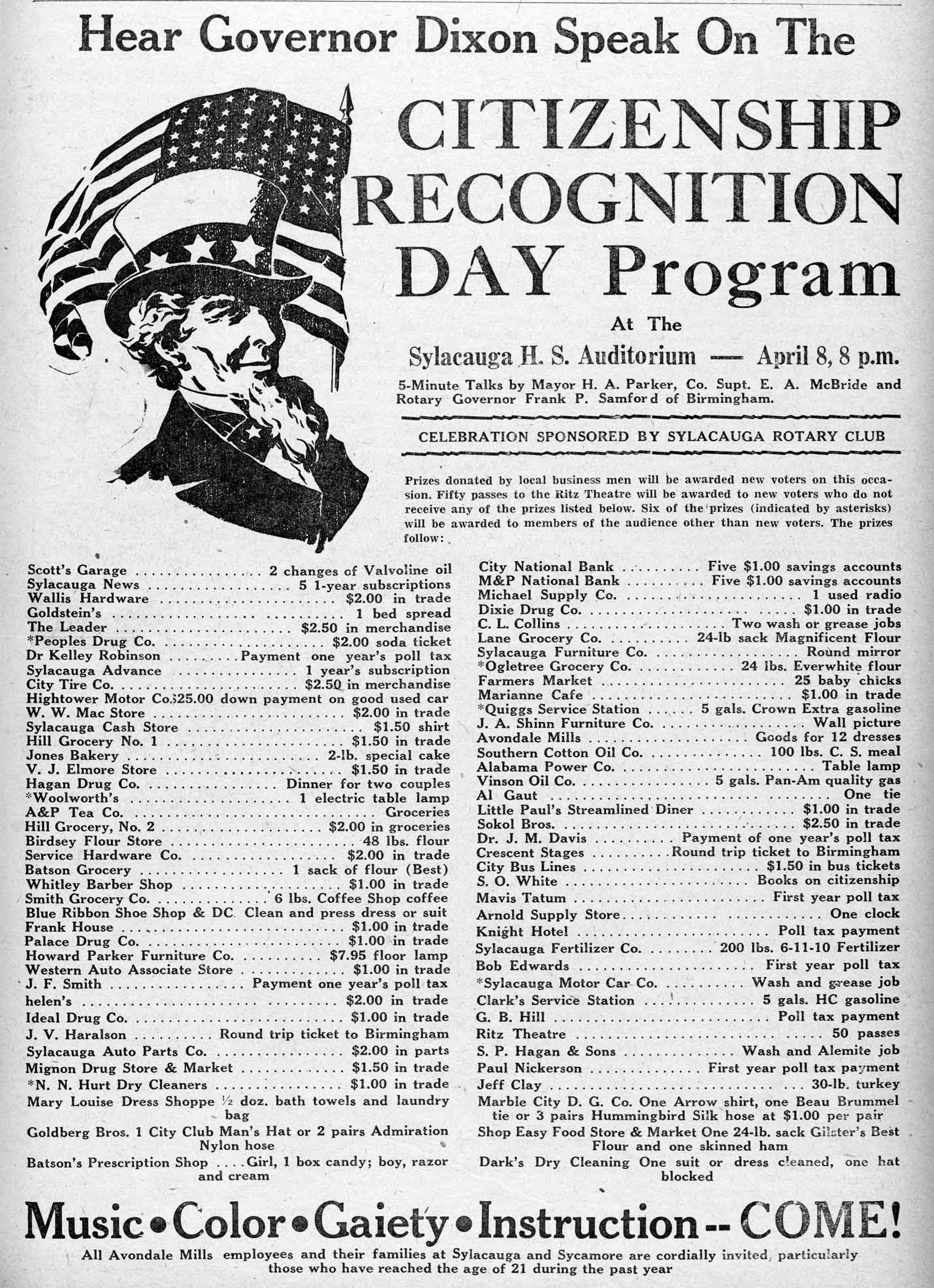